How do Trampolines Get Their Bounce? Because of Newton’s Basic Laws of Motion! 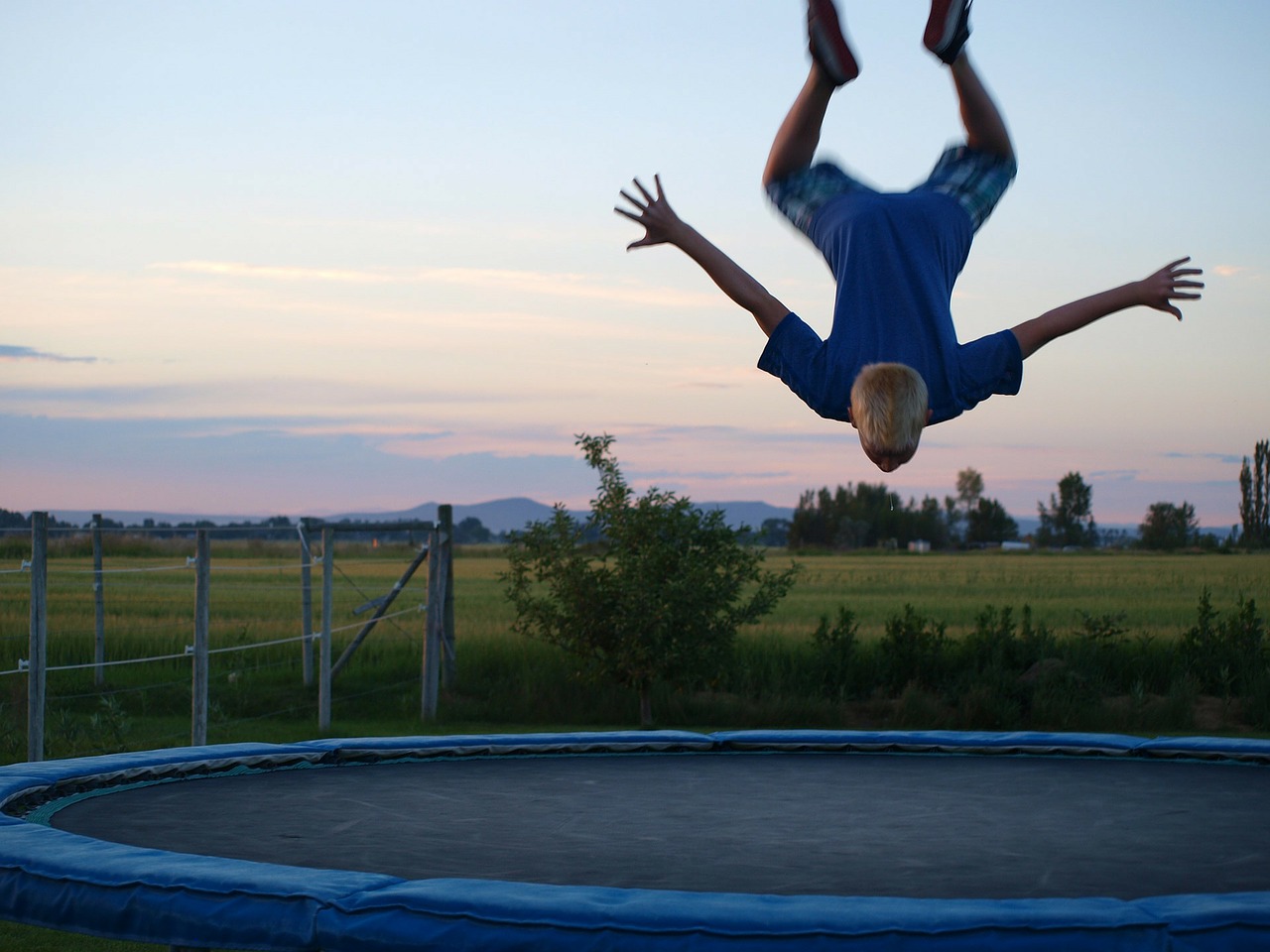 Jumping on trampolines is fun, but did you know that it’s also an excellent illustration of Newton’s Basic Laws of Motion?

There’s a lot going on, physics-wise, when you’re bouncing up and down on a trampoline. You don’t have to be an astrophysicist to understand the basics—let’s take a closer look at trampoline physics, starting with Newton’s laws of motion.

Newton’s three laws of motion are central to the way a trampoline works:

Hooke’s Law and your  springs

A trampoline is made up of a round piece of fabric (the trampoline “bed”) and springs that suspend the fabric from a rigid frame. Of these basic components, the springs are what make the magic happen. And it’s all because of Hooke’s Law which states that the force needed to extend a spring is proportional to the length of extension. The heavier the person on the trampoline, the longer the springs extend.

Trampolines get their bounce in the way that Hooke’s law interacts with Newton’s third law of motion. When you exert force on the springs, causing them to extend, then you have an “equal and opposite reaction” coming from the springs themselves. The springs push back with the same force that you exerted, and you’re sent flying into the air.

Want to experience the physics of trampolines in action? Reserve your inflatable bounce house today by calling 403.254.9668.