Where Did The Bouncy House Come From? 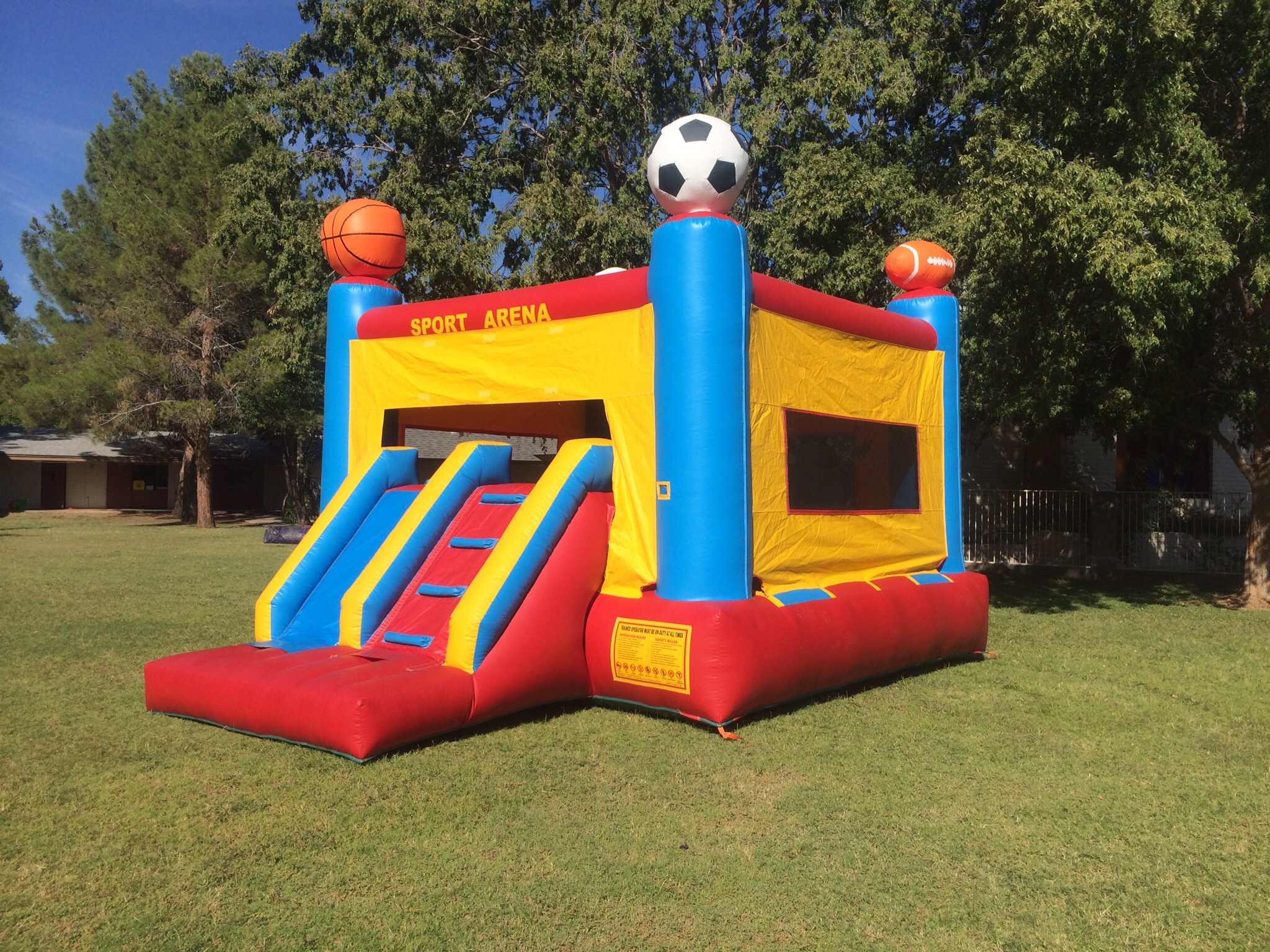 Have you ever looked at an invention and wondered how on earth someone thought of the idea that made that invention a reality? Some inventions come from spur of the moment ideas, some come from colossal mistakes, and some come from careful, dedicated planning.

So how did we get the highlight of children’s birthday parties—the inflatable bouncy house?

Things started with a man named John Scurlock. Here’s what you should know.

In 1959, a mechanical engineer named John Scurlock was working on a design for an inflatable tennis court cover. One day he noticed that some of his employees were having fun bouncing on the inflatable covers, and he was struck with an idea.

Mr. Scurlock decided to start a business. He created an inflatable walkway called The Space Walk. His wife, Frances came up with the idea to rent out the Space Walks at birthday parties, company picnics and other special events. (Source: hullabaloosbounce.com)

In the late 1960’s walls were added to increase safety and prevent falls, and Mr. Scurlock went on making inflatable domes, tents, and signs. He also invented the inflatable rescue pads used by firefighters to catch people falling out of buildings.

While the original Space Walk invented by Mr. Scurlock was fun, there was room for improvement. Modern bouncy houses are safer and more intricate. They have walls, slides, tunnels, and more. Bounce houses are still popular and rented for birthday parties, corporate fundraisers, summer barbeques, and other festive events.

If you’re looking for a way to make your next party in Calgary the talk of the town consider renting a bouncy house, and thank John Scurlock and his ingenuity for these fun and festive party staples.