Where Did the Trampoline Come from? 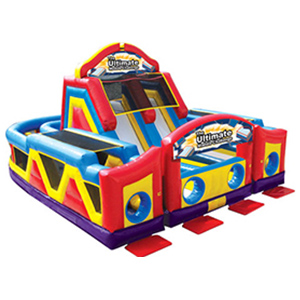 The trampoline is a staple in many American homes, but the average back yard trampoline jumper often forgets its origins—if they ever knew the origins to begin with. In fact, the trampoline was invented in the 1930’s and has been satisfying kids, parents, and gymnasts alike for many years now.

A gymnast named George Nissen was entranced by the large nets used to catch acrobats at the circus, but he knew there had to be a better method. The old nets would safely catch these acrobats, but they didn’t allow for a secondary jump and more tricks.

This is where the trampoline comes in. Nissen and his friend Larry Griswold invented their jumping apparatus in a garage, and by 1941 they had started their own trampoline company. This device was aptly named from the Spanish word Trampolin, which actually means spring board!

Although it seems that trampolines are mostly used for fun, they were actually very useful in many different fields. Acrobats, of course, use the trampoline to perfect their tricks and to extend their acts, but trampolines were also used to train American soldiers in the Second World War.

Having Fun with a Bounce

With the invention of the trampoline came the love of bouncing for fun. And now, you can purchase your very own trampoline, or even a gigantic bounce house to make your back yard more interesting and your parties even more fun!

Call AstroJump today to find the perfect bounce house for your taste!